For a lot of people, using a cloud service such as Dropbox or Google Drive for syncing their data between different machines has become a necessity. However, it comes at a cost - you lose control over your data once you uploaded them. What if you could run a cloud service at your personal server? Welcome to Nextcloud. You might have a heard about Owncloud. Due to disagreements over the goals of the project, the Owncloud founder and few other key figures have forked it into Nextcloud. Between the Nextcloud conference and the Nextcloud Box, the project seems to be gaining a lot of traction. And that’s why I chose it rather than Owncloud. As in my previous guides for Setting Up Headless Raspberry Pi Server and Turning Raspberry Pi Into Torrentbox, I will guide you step by step how to install Nextcloud on Raspberry Pi, turning it into your personal cloud. In the examples, I am using Raspbian, but the instructions should be similar for other systems.

Just days after the release of Darkest Dungeon for PS4 and PS Vita, Red Hook studios have announced a new DLC called “The Crimson Court”. Truthfully, the official announcement does not say much except the release date - early 2017. And that the DLC will focus on vampires. As is Red Hook’s tradition, they will probably not be your typical vampires. But that still leaves a plenty of room for speculation. So, my guess is we can expect a new dungeon. Perhaps also some new classes - a vampire hunter, vampire or even a dhampir. What is it going o be? Let’s see! I feel excited already.

In an earlier post I explained how to setup a headless Raspberry Pi server. It is sitting there, all nice and shiny. Now it is time to actually make it do something useful. Therefore, this guide will show you how to setup your Raspberry to work as torrent box, that automatically downloads all your favorite legal content.

First of all, you will need to an external usb drive to store the downloaded files. You can find out how to connect one in one of my other posts. Let’s say you have it mounted as /media/external. Then, create the following directories for your downloads:

Darkest Dungeon is probably my favorite game released this year. It is a Gothic rogue-like about the stresses of dungeon crawling. You lead a party of heroes trying to stop an ancient evil encroaching upon your birth village. But you do not stand only against creatures of the dark. Hunger, diseases and unimaginable horrors that your heroes encounter will all take a toll on their mental state. They will despair, they will go mad, they will die… and they won’t return. The game features challenging tactical combat and gloomy Lovecraftian hand-drawn graphics. Yesterday, the Red Hook released the long- awaited PS4/PS Vita version. I am personally invested in this one, because supposed features a remade Czech localization. The original localization was plagued by inconsistent, too literal, and sometimes outright wrong translations. I took upon the task of bringing it up to standards. And many sleepless nights later, the Czech gamers should have a much more pleasant experience. So, for those of you who have not tried the game yet, this is the perfect chance. If you are still not convinced, take a look at the is a release trailer:

Edit: And now there is a DLC on the way too!

I like to change my wallpaper to reflect the current season. Since I spend large parts of the day in front of computer, this gives me a glimpse of the outside world. My favorite source of high quality photos has for the longest time been Flickr. There is one thing though, that has always bothered me on Flickr. Some authors do not allow download of their photos. I don’t see the point doing of this. If someone has the picture open in their browser, it is already stored stored on their computer. Therefore, they can just copy it from the cache. Or look for link to the picture in the source code. What I’m trying to say is, that if someone wants to download the picture, they will. Don’t upload the picture to the Internet in the first place, if you don’t like other people having it. I tend to download a lot of wallpapers at once. Because of that, digging through the source code can get a bit tedious. To deal with that, I wrote a simple script to download Flickr images in Python to do the heavy-lifting for me. You can use it with the URLs as arguments or saved in a text file, one per line. By default, it downloads the original image, but you can specify the size. Enjoy!

While greatly improved since the beta days, Steam on Linux is not perfect yet. After updates, it is often neccessary to fix Steam. You might be familiar with the following error:

The problem is caused by the Steam’s bundled libraries. But luckily, the solution is straightforward. All you need to do is to remove them. And to make your life easier, you can make a simple script to handle that. Let’s call it steamfix.sh:

Don’t forget to make it executable with chmod +x and put it into /usr/local/bin. Now every time your Steam stops running after an update, executing steamfix.sh will make everything alright. Do you also have a Steam controller? If so, check out how to configure it on Linux. 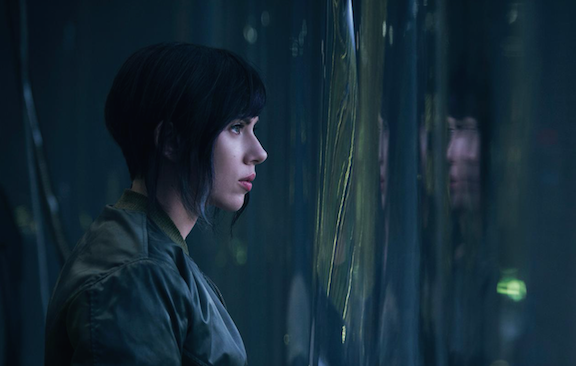 Couple days ago, the media confirmed, that Scarlet Johansson will star as Major Motoko Kusanagi in the upcoming Hollywood adaptation of the cyberpunk classic Ghost in the Shell. This immediately caused a huge uproar, with posts accusing the creators of ‘white-washing’ springing up like mushrooms. There is even a petition that supports casting of an Asian actress in favor of Scarlett Johansson. To be honest, I was baffled when I found out about the backlash. But more about that later. The opponents of have two issues with Johansson’s. Firstly, that the creators chose a white female for the role of a Japanese woman. Secondly, that they refer to the character as ‘The Major’ to further obscure its Japanese background. Let’s take a look at the legitimacy of those claims. Motoko Kusanagi uses an artificial, robotic body. So her ethnicity has no impact on her looks. In the original movie she is pictured with blue eyes and distinctly Caucasian features. I would argue that casting a white female to the role is actually staying true to the original. You can see the picture below and decide for yourself. Does the Major strike you as ethically Japanese in the anime?

The Raspberry Foundation has recently launched Raspberry Pi 3, a new version of their popular developer board. It features a faster ARM processor, 1 GB of RAM and, most importantly, on-board wifi. This makes it even better choice for a headless Linux server. This guide shows how to do the basic Raspberry Pi server setup, with password-less SSH and automatic updates.

Get the Raspbian Lite image

First of all, you have to download a Linux image for your Raspberry Pi. For using it as a headless server I recommend the Raspbian Lite, which is a minimal image shipped without the desktop packages (which are obviously not needed for a headless server). You can download it here. When the download is complete, open the .zip file and unzip the .img file containing the image.

Couple versions ago, Ubuntu has stopped to automatically remove old kernels. It just ignores the setting for this functionality. As a result, after several years od usage, the system gets seriously cluttered. In some cases, it can even run out of space. In order to prevent this, I made a simple bash script to get rid of old kernels. You can run it manually, but I prefer having it on a monthly cron job and forgetting about it. By default, it leaves the two most recent kernels intact. This serves as a safety catch in case kernel upgrade doesn’t go well. However, you can adjust this to your needs. If you have any questions about usage, just leave me a comment.

Beamdog is a company that has brought new life to Baldur’s Gate and other Infinity games with their Enhanced Editions. Recently, they have announced a new Baldur’s Gate expansion - Siege of Dragonspear. This expansion will take place between the events of Baldur’s Gate 1 and 2. The story revolves around the Shining Lady, a mysterious figure from the North, who leads a crusade down the Sword Coast. Siege of Dragonspear will feature several new locations, a new shaman class, four new companions and a plethora of other content. In addition, there are also plans for localization. So here is some hoping for a Japanese version. Some 16 years after the last game in the series, this is a long-awaited sequel. I, for one, am looking forward to it.