Last year, the Attack on the Titan attraction has opened in Universal Studios Japan in Ôsaka. It featured 15 m statues of Eren and the Female Titan. Naturally, it was an immense success. Now, to celebrate one year anniversary of its opening, the publishing house has released Kansaiben version of the first manga. 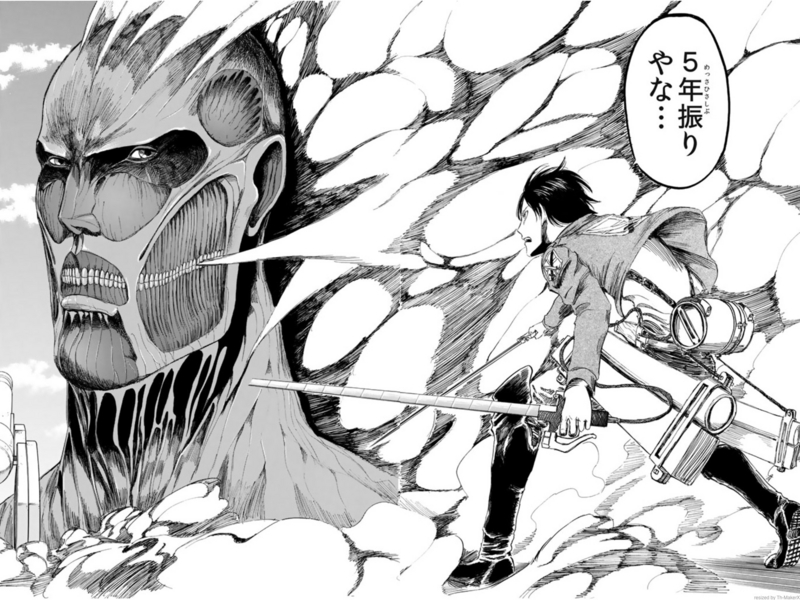 It is quite hilarious, as you can hopefully see on the pictures. In addition to being completely in Kansaiben, a lot of the names and facts were changed to fit the Kansai setting. Thus, titans (kyozin) became huge dudes (dekai ossan). Walls Maria and Rose became Nanba and Umeda (downtowns of Ôsaka) and so on. I recommend reading it while you can. And if you do not know any Kansaiben, it is a great opportunity to learn some! ;)

Unfortunately, it didn’t last long. Hopefully, they will make it available again in the future. Meanwhile, you can switch Facebook to Kansaiben instead.